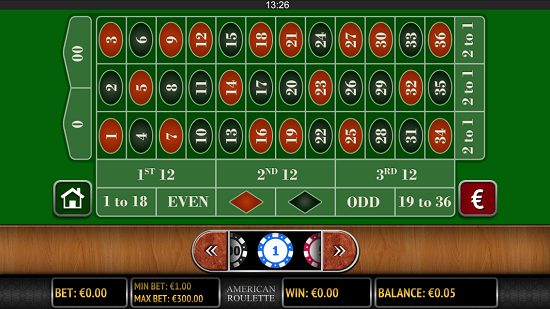 The major difference between the American and the French roulette game is the presence of the 00 and the absence of the “en prison” rule in case of “real” American roulette, so that all the single odds are completely lost as 0 or 00, instead of the insert with the bench is shared, as with French roulette and American roulette with a French barrel. The house edge of the US wheel is 5,26%, for European roulette the house edge is 2,7%. Si if you want to win you could better play French or European roulette!