The roulette wheel was originally conceived by Blaise Pascal in an ill-fated attempt to demonstrate perpetual motion. The wheel was later found abandoned in Pascal’s garage and reintroduced as a novel source of entertainment. And roulette was born. 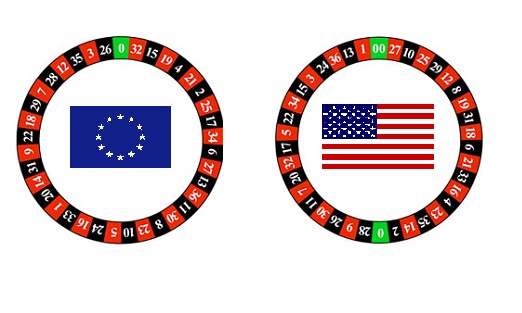 The European Roulette wheel was developed by Louis and François Blanc. It was hoped that their wheel’s improved odds ,due to the lack of the second house slot, the 00 would attract more customers to the casino. Even today, many savvy players favour European or French Roulette over American Roulette.

It is known that the 0 slot was originally red and the 00 slot was black. Since they don’t count towards the outside colour bets, they were changed to green to avoid confusion. As for the rest of the wheel, some historians have suggested that the colours may have simply been an aesthetic choice because red and black were allegedly Blaise Pascal’s favourite colours.

Some people have been able to make fortunes by identifying flaws in roulette wheels, meaning they favour a small group of numbers. These wonky spinners are known as ‘loose wheels.’ A lot of casinos try to keep this problem to a minimum by calibrating and testing their wheels as often as possible. Still, this doesn’t stop observant gamblers from keeping their eyes out for overly-generous roulette wheels. The roulette wheel can be a tricky mistress, but people just can’t get enough of its circumferential charms. Still, if players hope to beat the roulette wheel, it helps to understand every glorious inch of this wonderful machine.