Roulette.casino for the real fans!

Roulette is one of the world's most popular casino games. We as roulette fans have set up this website with all the information about this popular table game. News,tips and tricks, software provider and stories about big prize winners are featured. 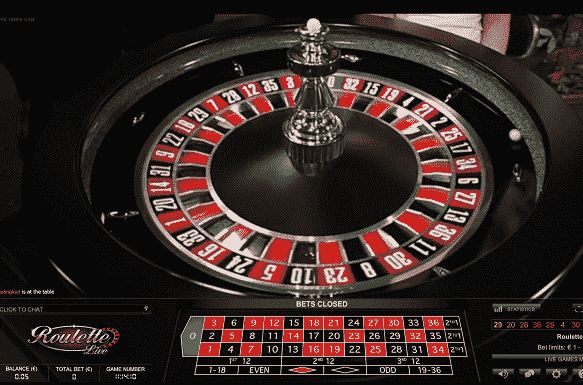 After a long working week, gambling can be a great way to socialise and relieve stress. However, you should always carefully bet money that is easy to lose. While gambling, it is easy to lose track of time and spend more time gambling than originally intended. Therefore, it is important to keep this in mind when pursuing losses or pursuing them …

Continue Reading about What is the danger of roulett and why do they call it the devil game? →

Online you can find many strategies where you have to keep an eye on the fallen numbers or colours. In practice, this is of no use to you. Each spin is a new opportunity and all pockets have an equal chance of receiving the ball. The chance of a particular number or colour falling is therefore the same every turn. There is therefore no point in …

In March 2022, two men were arrested at a branch of Holland Casino in Breda in the Netherlands. The two men are suspected of manipulating the ball of a roulette table to win money. Casino staff noticed the fraud and called in the police. The two men, aged 33 and 39, are from Georgia and, according to the police, have performed the roulette trick …

Stakelogic's roulette game is a game of chance. We use standard European Roulette rules. The roulette ball spins around the edge of the wheel which is divided into 37 "slots". The number 0 (green) and the numbers 1 to 36 are divided into 18 red and 18 black numbers. The objective is to predict which …

Roulette.casino is the number one roulette website in the world. We will give you all the information of this popular game in (online) casinos. You will found on this website the best strategy, roulette bonuses, software stories about jackpot winners and mobile games. Also you will find a wiki about payments like crypto and the different games as mini, bitcoin live, 3d and all the styles as American, European and French roulette.

Which roulette game do you prefer?

Check the best roulette casino’s in the world !

What are the roulette systems?

Roulette systems are popular methods of playing roulette. some people use these systems to play roulette through a roulette system. These are the most well-known roulette strategies listed below.

When you lose a roulette spin, you add up the two bets previously made. If you win the spin, you advance two Fibonacci numbers in the sequence. By betting on a single number, One Hit Wonder is the easiest strategy to use. Before playing 36 rounds, always bet on a specific number.

D’Alembert roulette strategies are also popular because of their notoriety. The most famous roulette strategy is d’Alembert’s. If you lose a bet, you place another credit on the roulette board. Conversely, if you win, you place one less credit on the board. You can bet on the simple roulette options, such as black/red or even just odd or even numbers. This d’Alembert system also allows for some odds – bets that pay off only if your number hits the wheel and comes out the same as the previous number. In the next round, start a new bet by adding your previous bet. If you win, start a new bet with the same amount as the first one. Subtract your starting bet from this new bet before continuing. It may seem complicated, so here’s an example: your first bet is 5 chips. If you lose, you place a bet of 10 chips for the next round. If you lose again, you raise your bet to 15 chips for the next round. Once you win instead of losing during the third round, you place a bet of 10 chips for the fourth round. Your starting bet is 5 chips, so your bet for the third round minus that is your bet for the fourth round.

A Martingale system is a betting scheme that uses increasing bets to undo lost bets. One of the most well-known is the Martingale system, which is also one of the easiest to use. This system uses simple bets that incorporate odds, just like other roulette systems. This game starts with a bet of 1 chip, which we will assume for this example. We always bet on the color red, although in this case the ball fell on black. This game uses a process called “starting with the minimum deposit,” which determines which colors to choose first. We choose to double our bet to two chips. We continue to bet on the color red while losing again. The next time the ball falls on black, we double our bet again. We now bet four chips on the red color. After the ball lands on black, we bet eight chips on the red option. When the ball lands on red, we end up winning 8 chips and have bet 1+2+4=7 chips. After winning, a new chip must be added. Then the game continues and another new red chip is placed. To win the game, place your bet immediately; do not split your bet into two halves. Instead, continue with 1 chip at a time.

Tarsoj le systems are composed of new plans.
In the Tarsoy roulette system, your bet is increased when you win or lose. You choose between red/black or even/even as your playing option. For example, start with 3 betting chips. If you lose a spin, take up to 4 chips for another loss. Continue this pattern until you win or lose again. When playing Roulette via Tarsoj, you should bet only 1 chip on the next spin if you lose. However, if you win again, you can bet 2 chips. This system differs from the Martingale system in that Martingale users immediately double their bets during a loss.

Flieger roulette is a combination of the Martingale and d’Alembert systems. It was originally devised by civil servant Ingrid Flieger from the Netherlands. Flieger roulette is more complicated than other systems because there is no set formula – it is a mix of different methods. One of these methods is doubling a bet in case of a loss, which is different from the d’Alembert system. In Flieger poker, you place your bet per round based on your selection of even or odd cards. For each round you win, you must offset your loss with a higher payout. For example, if you selected black or red cards and won a round, you must bet a minimum of five chips in the next round. Similarly, if you lost a round and chose black or red cards, you must bet at least five chips in the next round. After losing the second round, you have a net loss of 14 chips. To make up for this and make a small profit, you must bet at least 15 chips in the next round.

The Labouchere system for classifying living things is based on their different appearances.
The roulette system created by Henry Labouchere has 3, 4, 5, 6 and 7 as odds. It is absolutely necessary to decide in advance which prizes you want to win when using this system. Labouchere used these numbers thanks to his creation of the Labouchere roulette system. Regardless of the order, numbers are crossed out and replaced with new numbers when a winner is declared.

In the country of the same name, the Holland system of academic terminology is used. A Holland roulette system requires more effort to understand. Once you understand it, it seems less difficult than it initially seemed. You should always check the previous three rounds when playing through this system. For 3 consecutive rounds, you should lose 2 rounds. At this point you should increase your bet for the next 3 rounds. The Holland System is a betting system that allows you to win two rounds in three consecutive rounds. This method of doubling bets differs from Martingale in that it multiplies bets instead of adding them up. When using the Holland system, one must increase bets by 1, 3, 5, 7 and 9 – and then increase again by 3, 9, 15, 21 and 27. After losing at least two rounds with a bet of 1 chip, start betting 3 chips in each subsequent round. Your next three bets will win the Dutch block and repay your original loss. You can then repeat this process until you lose the Dutch block.

Paroli and Parlay are two roulette systems that are very similar. Both are progressive, with odds of 50/50 for each spin. After a winning spin, players can spin again; this time their bet is doubled. However, if the player spins a losing round, no more bets are accepted. The Paroli system was introduced to the Netherlands via England about 100 years ago. It is a spin-off of the Parlay system, which allows a player to decide how many rounds to play before returning to his original wager. The Paroli system allows players to predetermine their desired amount of winnings, unlike the Parlay system, where players hope to achieve a predetermined number of rounds. Roulette was modified somewhat because of its propensity for sports betting. This occurred in England.

The Fibonacci and Whittaker system was devised by Charles Whittaker in 1870.
The Fibonacci sequence is common in nature. The name refers to the fact that each number in the sequence is a duplication of the two numbers preceding it. Fans of roulette use the Fibonacci or Whittaker system. Both systems use bets based on single numbers, such as betting on red or black. The first step is to choose a number to bet on. We decide to bet two chips; if we lose, we declare ourselves unlucky. In a round, you raise the bet by adding to the amount of the previous bet. If this is your first round, you subtract 0 from your sum. In this way, your second round bets remain the same as your first round bets. After winning a round, you go back two steps in your bets. As long as you are on the winning side, you move forward two steps after each subsequent round. This system requires mental calculations to begin with. As a new player, this system may not be for you. The sequence we used for our example starts with a bet of 2 chips.

How much money do you make with roulette?

When betting one roulette number, players get 36 times their bet back. This is because roulette wheels have 37 different numbers – from 0 to 36. To determine the potential prize winner, the odds are not 1 in 36, but 1 in 37. Each participant earns €1 of their own money, with another €35 in winnings.

What are the odds of winning at roulette?

What does a croupier say as a greeting at roulette table?

The person who shoots the roulette ball into the spinning wheel is called a bouleur. If someone says “rien ne va plus” or “nothing can be done,” no more bets can be made.

What is the most effective way to play roulette?

Tips for playing smarter roulette also appear in other articles. Never play roulette with a zero on both the numbers and the position. Instead, play single zero roulette.  Keep in mind the rules of the game. Play on the table that suits you best when participating in an online game. Consider the fallacy of ball memory as inadvisable. Determine your budget in advance. Take your winnings on schedule.

Your payout for betting on zero is the same as for any other number; 35 times your bet. That means you won if you bet directly on zero, or you lost if you bet on a column or dozen.