Mini Roulette is a simplified version of roulette. In this version, the game is played using a roulette wheel with just 13 slots, featuring the numbers 1 to 12 along with a single zero. This makes it more likely for players to win on most bets, while also reducing the payouts for those same bets. 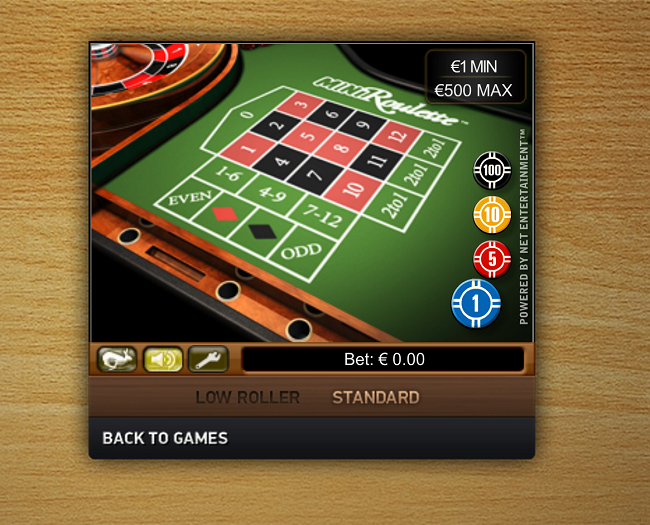 Mini Roulette is essentially played like any other roulette game. Before each spin players will have the option to wager on a number of different possible bets. These range from betting on single numbers to several different combinations of numbers at the same time. Each bet has its own unique payouts, which are described below. At the end of each spin losing wagers are collected and winning bets are paid out, after which you may make new bets for the next spin. One area in which Mini Roulette is unique from other roulette games is the way zero results are handled. If a player has made a bet that does not cover the zero and the ball lands on the zero on that spin, players will only lose half of their bets. This is similar to the “en prison” rule in some European roulette games, with the added benefit that it applies to all bets, rather than just even money wagers.

The following list gives a full explanation of the bets in Mini Roulette: 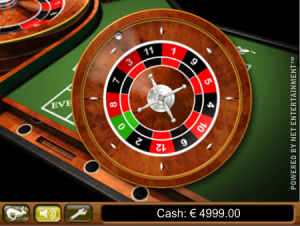 As in American and European roulette games, most bets in Mini Roulette pay out at odds that would be perfectly fair if not for the presence of the zero on the wheel. The house edge is lessened further by the fact that all bets that do not win when a zero hits will have half of their losses returned in the case that the ball lands on zero. The house edge on most bets in Mini Roulette is 3.85%, this is less than in American roulette but more than on European roulette.

This edge is consistent on all bets, with the exception of any bet that involves the zero. Since these bets never gain the benefit of receiving half of their losses returned, the house bets on these wagers is 7.69%. With that in mind, it is best to avoid all bets on zero in Mini Roulette.